It is that time of year. School is in full swing, and school band is something that your child is going to stick with. We have always found that private lessons are the best way for your child to succeed in band class- some band directors even require that all students take private lessons outside of school. Here at Willis Music, we are always on the look out for the best musician to help your child grow. We are always expanding, especially when it comes to band. Here are just a few of our many new band teachers. To find out more about lessons for you or your child, click on the location nearest you, or on one of these great teachers below! 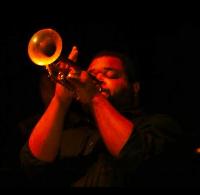 I started playing trumpet when I was 12 so I’ve been playing for about 16 years. I attended Miami University on a full ride scholarship. While there I had the opportunity to connect and play with several musicians including Wynton Marsalis, Trombone Shorty, Wayne Bergeron and Jon Faddis. While at Miami I was the lead player for the Miami Jazz Ensemble as well as the jazz trumpet ensemble called the Lickitysplits. I was also a part of the Miami Wind Ensemble, Miami Marching Band, and Miami Orchestra. If you have any questions feel free to ask! 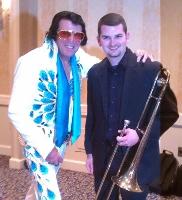 As an educator, Chase has taught at various schools and music camps throughout Kentucky and Tennessee. Teaching with his first instrument, the trombone, Chase has appeared as a guest instructor at prestigious music programs such as Lafayette High School, Beaumont Middle School, Edythe J. Hayes Middle School, and John Hardin High School. Chase also has taught at the Annie Moses Band’s Fine Arts Summer Academy in Nashville, TN since 2010. This fine arts camp trains 200-250 students in which Chase is the primary trombone and low brass instructor, jazz big band section instructor, and a member of the faculty performing groups. As well as teaching across Kentucky and Tennessee, Chase maintains a successful trombone studio of emerging talent in the Lexington, Kentucky area. As a performer, Chase has appeared with an extensive variety of musical groups such as the University of Kentucky’s Opera Orchestra and Jazz Ensemble, the Annie Moses Band, Wycliffe Gordon, and Grammy-award winning artist Bob Mintzer. Chase also recorded with Bob Mintzer on the album “Go” which released in 2011. Chase also joined with the Annie Moses Band to perform in Carnegie Hall in 2012 and the Grand Ole Opry House in 2013. He currently can be heard as lead trombone/soloist with local artists in the Lexington area such as the jazz big band the MetroGnomes, the oldies rock group Big City Groove, and the Lexington Community Orchestra. 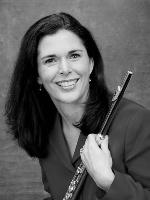 STACEY KRIMMER received both her Bachelor of Music degree in education and her Master of Music degree in flute performance from the University of Wyoming. In addition to running a private flute studio since 1986, Stacey was the instructor for the flute program at Colorado Academy in Denver. She also taught Suzuki flute, penny whistle, and recorder at Colorado Academy, and was an instructor of flute ensembles at the Suzuki Association of Colorado’s Winter Workshop. She also served as board president of the Colorado Flute Association. Stacey’s performance work includes Wind Images Woodwind Quintet, the ballet orchestra to premiere “Winter Moons,” the Denver Opera Company Orchestra, the Colorado Wind Ensemble, the Clermont Philharmonic Orchestra, and the Blue Ash Symphony. She also worked and performed with School House Symphony, a small ensemble dedicated to providing in-school performances by combining teaching with performing. 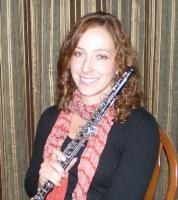 A native of Mason, OH, Ashley Martin holds degrees in music education and oboe performance from The Ohio State University in Columbus, OH. At Ohio State, she studied oboe with Professors Robert and Bailey Sorton, and had the opportunity to work with Joe Robsinson, the retired principal oboist of the New York Philharmonic. Ashley has performed on both oboe and English horn in numerous ensembles, including the Ohio Capital Winds, Columbus Childrens’ Theatre, and the Lebanon Symphony Orchestra. She currently performs with the Southwestern Ohio Symphonic Band, and can be heard in a Naxos Label recording performing with the Ohio State University Wind Symphony. As an educator, Ms. Martin specializes in concert band instruction in addition to oboe. She spent two years teaching 5th through 12th grade band for Crestwood Local Schools in northeast Ohio, and currently teaches beginning band at VanGorden Elementary School in the Lakota school district. Ms. Martin has been teaching oboe privately in the Cincinnati, Akron, and Columbus metro areas for over seven years. She is a member of the National Association for Music Education, the Ohio Music Educators Association, Women Band Directors International, and Sigma Alpha Iota.

Authentic Bosendorfer $28,900 An Insider’s Account of This Year’s NAMM Show
Scroll to top