The month of February is Black History Month. All month long we will be celebrating African-American musicians from the last 100+ years! Today we are highlighting Diana Ross!

1960’s Pop/Soul singer Diana Ross was born in Detroit, Michigan, in 1944. As a teenager, Ross began singing with friends in a group they called the Primettes. The Primettes signed by Motown Records in 1962, but only under the condition that they changed their name. The group became the Supremes, and had their first hit, “When The Lovelight Starts Shining Through His Eyes”, in 1963. Their first number one song came the following year with “Where Did Our Love Go”. The Supremes, with Ross as lead singer, recorded ten number-one hits between 1964-1967, which included “Stop! In The Name Of Love”, “You Can’t Hurry Love” and “Someday We’ll Be Together”.

Ross departed from the Supremes in 1970 to pursue a solo career. Her first solo album, Diana Ross, reached #1 in the R&B genre and #19 overall. The record included the hits “Reach Out And Touch (Somebody’s Hand)” and “Ain’t No Mountain High Enough”, originally recorded by Marvin Gaye. Ross released a duet album with Gaye in 1973, entitled Diana & Marvin. Featuring two of the top entertainers of the 1970’s, the album received positive reviews and sold over a million copies. Throughout her solo career Ross achieved many firsts. She was the first entertainer to be invited to perform at the Imperial Palace in Japan in 1973. In 1974, Ross became the first African-American woman to host the Academy Awards, albeit in a co-host role alongside three white men; John Huston, Burt Reynolds and David Niven. The success of her 1976 “An Evening With Diana Ross” tour led to a two-week engagement at Broadway’s Palace Theatre, which garnered an Emmy nomination and a Special Tony Award for Ross. 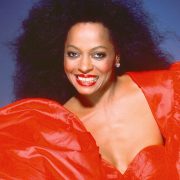 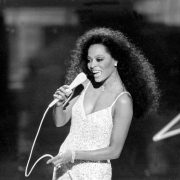 Ross has been married twice and has five children and four grandchildren. She was arrested on DUI charges in 2002, and battled alcoholism throughout her career, spending a couple stints in rehab. Ross is a highly decorated musician, receiving esteemed awards from Grammys to Tonys to Billboard Magazine’s Female Entertainer of the Century. She has two stars on the Hollywood Walk of Fame, one as a solo artist and one as a member of the Supremes. She received Lifetime Achievement Awards from BET, National Association of Black Owned Broadcaster, the Grammys and American Music Awards. Diana Ross left quite a legacy on American music, inspiring many female artists from the 1970’s until now.

Check out the video below of Diana Ross and The Supremes performing “Someday We’ll Be Together.”