We recently received a note with pictures from Mr. Takayuki Nii who is the editor for Zen-On Music in Japan. Zen-On has represented the Willis catalog in Japan for decades. Mr. Nii attended the 25th anniversay of The Gillock Association of Japan. Willis Music sent a special gift for Ms. Hiroko Yasuda as a thank you for her support of our Gillock books in Japan. Ms. Yasuda founded the Association and has done a tremendous amount of research on Bill’s life and music. 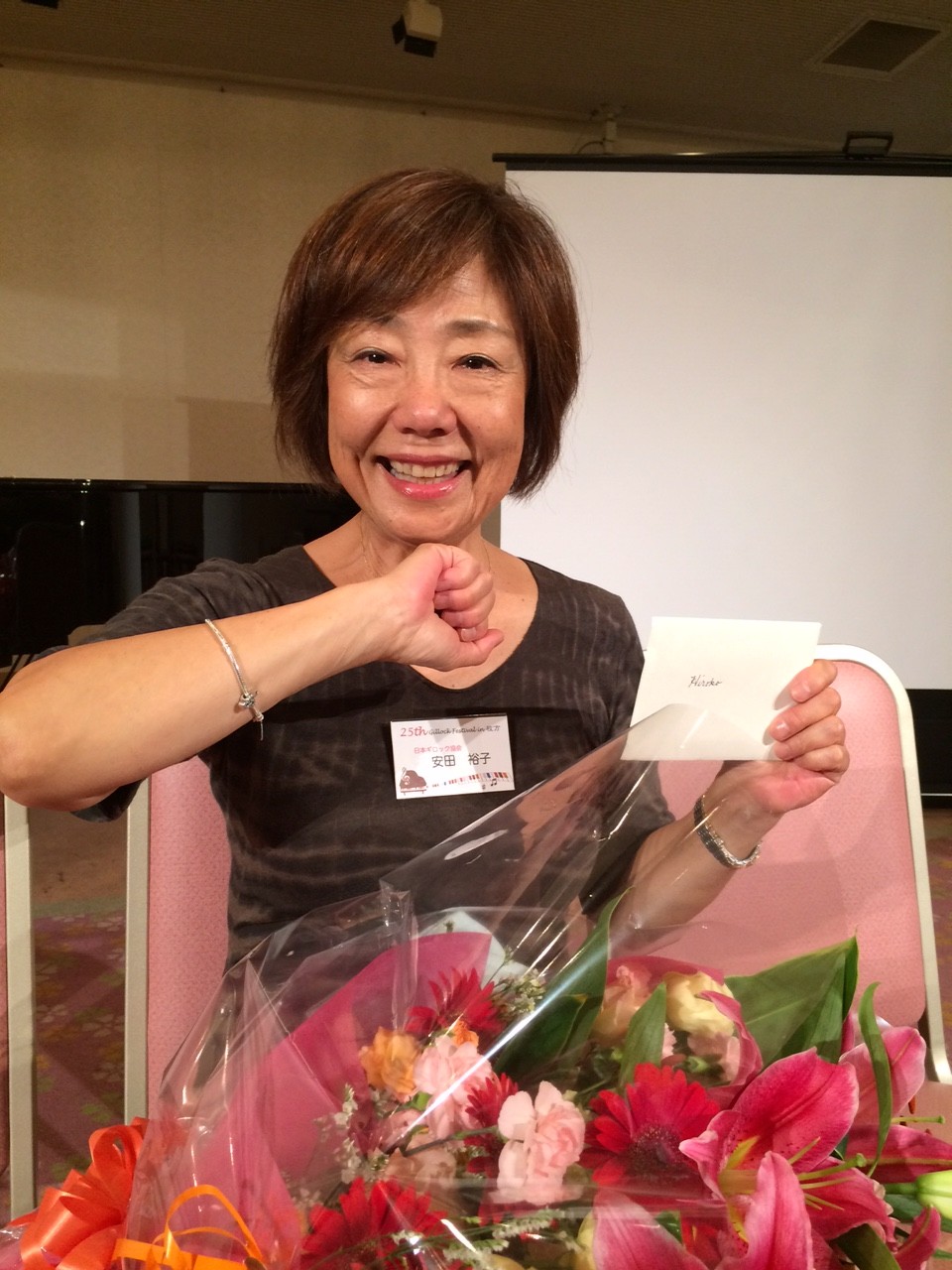 I attended the reception for the 25th anniversay of the Gillock Association of Japan (chairperson Ms. Hiroko Yasuda) in Osaka on the 29th of August.
One hundred members were there from many areas of Japan and the party was really successful.
We were able to share Gillock’s music through talking to each other, playing instruments, and dancing.
I gave Ms. Hiroko Yasuda the gift from you on the stage. She was so excited and glad to have it and all the participants were impressed by your thoughtfulness.

The year after next is the 100th anniversary of Gillock’s birth. Zen-On will do its best to get many more Gillock fans, in cooperation with the Gillock Association of Japan.

With my best regards,
Takayuki Nii

Thank you Takayuki for sharing all the great things happening with Willis publications in Japan. 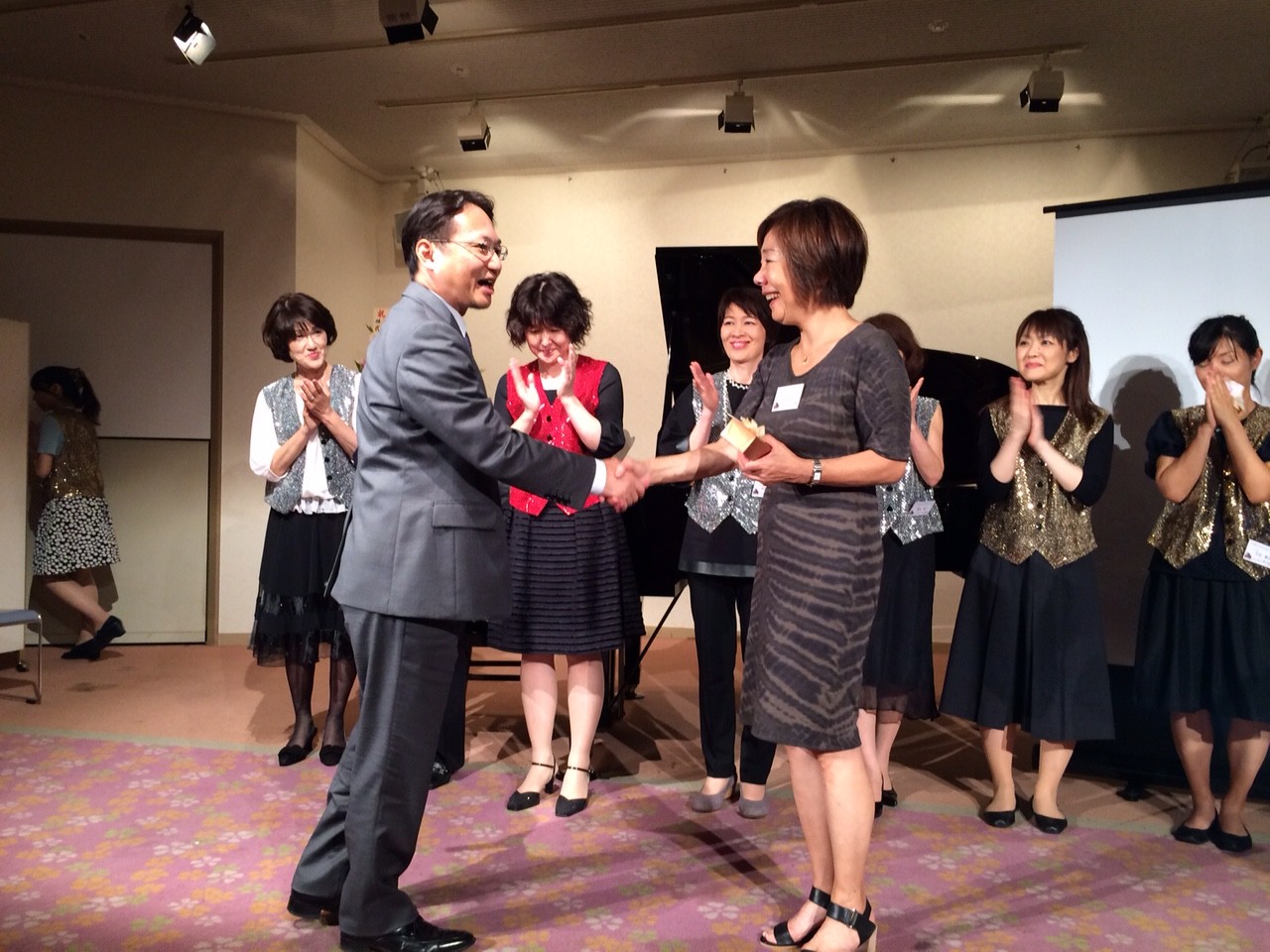 Zen-On is the largest specialist music publishing company in Japan. Their publishing house was founded by Teiji Shimada in 1931 in Tokyo, and the private enterprise was reorganised to a joint-stock company on September 13th, 1947. Since the foundation, they have been distributing, particularly, educational materials not only music, but also intruments which are fitted, right, secure and good quality for the educational purposes.