The month of February is Black History Month. All month long we will be celebrating African-American musicians from the last 100+ years! Today we are highlighting Horace Silver!

Horace Silver is an American Musician who was born in Norwalk, Connecticut, in 1928. Horace began playing the piano as a child and took classical music lessons. His interest in becoming a musician peaked when he was just 11 years old when he heard the Jimmie Lunceford orchestra. His musical influences included some of the greats such as Nat King Cole and Thelonious Monk. In 1946, he moved to Hartford, Connecticut, to take a job as a pianist in a nightclub. His big break came in 1950, when his trio backed up saxophonist Stan Getz in a nightclub. He liked what he heard so much he invited them on tour with him. After a year with the Stan Getz Quartet he was replaced with another pianist and he moved to New York where he did freelance work and he built up a reputation quickly. This is where he met Lou Donaldson and he taught him about Bebop.

From there he helped pave the way for the music style Hard Bop in the 50s and 60s. Hard bop was a mixture of different musical styles. It was an extension of Bebop with elements of Jazz Rhythm and Blues, Gospel, and Latin American Music. Silver was a jazz pianist, composer and the co-bandleader for the Jazz Messengers. He co-founded the quintet with Art Blakey in 1955. The group’s album had Silver’s first hit on it, “The Preacher”. In 1956, Horace left to form his own long-term quintet and left the Jazz Messengers to Art. 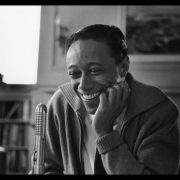 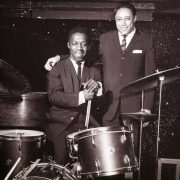 His long term quintet lasted from 1958-1964, and consisted of musicians such as trumpeter Blue Mitchell and tenor saxophonist Junior Cook. Over the years he also had other phenomenal musicians like Joe Henderson and Michael Brecker, trumpeters Art Farmer and Randy Brecker, and drummers Roy Brooks and Al Foster. The quintet was widely popular in Jazz clubs and influenced many other band leaders and they produced 6 albums. In 1964, he created a new quintet and with this group he produced his most well known album Song for my Father. At the end of the 1970, he broke up the band so he could focus on his wife and composing.

After a few years Horace decided to start touring again but he decided to do it 4 months out of the year so he had to form a new band each time. This way he could spend more time with his son and recoup from the hardships of the road. In 1981, after leaving Blue Note label and formed his own label Silveto. He only featured artists who were devoted to what he called “self-help holistic metaphysical music.” He was named a National Endowment for the Arts Jazz Master in 1995, and received a President’s Merit Award from the Recording Academy in 2005. He died of natural causes in his home in 2014.

Check out the video below of Horace Silver and his Quintet performing “Señor Blues.”