In June of 1967 Jimi Hendrix took a plain white Stratocaster and using whatever he had with him, nail polish for example, decorated it for a show he was playing that night.  That Stratocaster later that night went up in flames as he finished playing Wild Thing.  This event launched him into superstar status and that guitar, charred and smashed later sold for over $300,000.  Fender has now recreated this guitar at a much more affordable price.  Introducing the new Fender Jimi Hendrix Monterey Stratocaster, available at your local Moeller or Willis location. 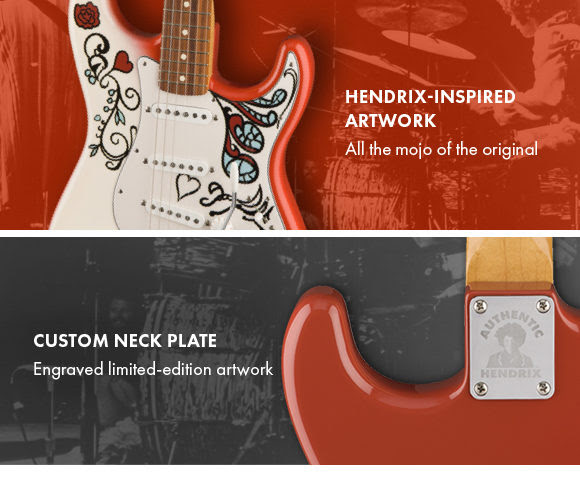