The month of February is Black History Month. All month long we will be celebrating African-American musicians from the last 100+ years! Today we are highlighting Michael Jackson!

Michael Jackson (1958-2009) was given the well deserved title “King of Pop.” He was and still is considered one of the most iconic dancers and performers in the world. Michael was the eighth of ten children and grew up in a home full of music. His mother and father were both musicians. He had a very estranged relationship with his father and often felt lonely and isolated throughout his childhood. This is most likely a big contributing factor to his childlike tendencies in adulthood.

He and his brothers formed a family motown band called the Jackson 5, of which he was the lead singer. They recorded several songs such as “Motown”, and did a tour in black venues throughout the US until he decided to start a solo career when he was 13 years old. Between the years of 1972 and 1975, he continued working with the Jackson 5, but he also released four albums including Forever Michael. In 1979, his album Off The Wall was released and launched Michael into his solo career. He did less and less work with the Jacksons and more solo work until he finally announced he was leaving the group in 1984. Throughout the 80’s Michael produced some of his biggest hits such as “Thriller”, “Beat It”, and “Billie Jean.” This was also when his dance, the moonwalk, was first introduced. He won 10 Grammys in the 80’s and established himself as the “King of Pop.” 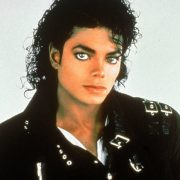 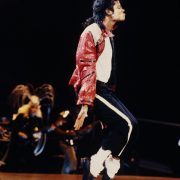 The 90’s were just as successful for the King of Pop. His album Dangerous was released and many of his hits topped the charts. In 1992, he founded his charity, Heal the World Foundation, which sent money all over the world to help children in impoverished areas. Jackson put on what many consider one of the greatest halftime shows ever at Super Bowl XXVII.

The King of Pop changed the face of pop music and will forever be remembered for his iconic dancing. He won 13 Grammys including a Lifetime Achievement Award for his amazing career. Leading up to his death, he held a 6 hour dress rehearsal and those lucky enough to attend said that he still popped like he did when he first started his career. He died the next day on June 25th, 2009, when his live-in doctor administered his sleeping medications wrong and attempts to resuscitate him were unsuccessful. The memorial service of this beloved pop star had millions of viewers from around the world.

Check out the video below of Michael Jackson performing “Billie Jean.”