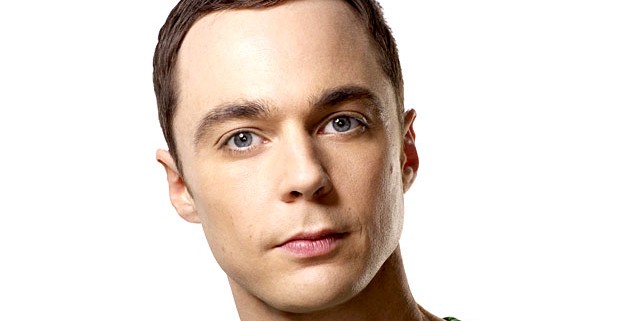 As I reported to you in May, Willis Music is connected to the show Big Bang Theory through the song Warm Kitty. Sheldon’s Mother used to sing it to him when he was sick and through 9 episodes Sheldon convinces others to sing the song to him. Willis Music owns the song which is in a book from 1937 called Songs for the Nursery School.

As the song and show have become more popular we decided it would be fun to produce a separate sheet of music based on the original song. The challenge for any arranger is that the original song contains just 8 measures. Several folks tried their hand at it before we turned to Composer Glenda Austin to take on the challenge.

Glenda is world famous for her educational piano music. Glenda continues to create music that helps teachers inspire their students and encourages students of all ages to practice by giving them music they enjoy playing. Glenda has recorded her music and the music of composer William Gillock in Nashville with a visiting Japanese recording team. She later toured Japan playing and teaching to the delight of hundreds of Japanese piano teachers.
You can see Glenda’s music at by clicking here.

I recently spoke to Glenda about her project of recreating the magic of Warm Kitty.

How familiar were you with the song and the show before we asked you to get involved?
First of all, I have NEVER watched Big Bang Theory. Heard of it, yes, but never tuned in. However, since the Warm Kitty, Theme and Variations project, I’ve seen excerpts online, mainly the clips where Warm Kitty is sung. I may have to start watching it!

When you agreed to give it a try what was the process you went through?
When asked to arrange Warm Kitty, of course, my first thought was to learn it (since I was not familiar with the tune)! IMMEDIATELY after seeing and hearing it, I realized I would have to put on my thinking cap to create something from 8 measures! That’s not a lot to work with, especially when you’re trying to turn it into a ‘stand alone’ solo! Naturally, the first thing that came to mind was a THEME and VARIATION. And having just done some of John Thompson’s Theme and Variations at my workshops this summer, I knew that was the way to go.

What was the biggest challenge you faced?
I’m not a terribly competitive person, but occasionally, I like a challenge. And the challenge here was to see if I could really come up with something substantial! Once I focused on the project, it materialized quickly. Improvisation is how I compose. So that’s how 8 measures grew into 128 measures of a waltz, tango, jazz and more! 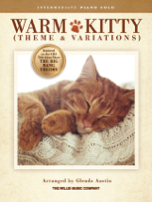 Thank you, Glenda, for taking on this project. Since the music will be released in early October, you can be one of the first to see it. In addition, if you would like to hear Glenda play her new creation click below:

Be one of the first 5 people to post a comment to this blog and receive a free copy of Glenda’s Warm Kitty.