You are here: Home1 / Eastgate2 / Prince

The month of February is Black History Month. All month long we will be celebrating African-American musicians from the last 100+ years! Today we are highlighting Prince!

Prince Rogers Nelson was an American musician, producer, and songwriter. He was born to musician parents in 1958, in Minneapolis, Minnesota. His father, John Nelson, went by Prince Rogers on stage, and his mother, Mattie Shaw, was a jazz singer for his band. Exposed to music at an early age, he taught himself to play the piano when he was 7 and also taught himself how to play the guitar and drums. He joined his first band at only 14 years old called Grand Central, which was later changed to Champagne. His band mates were Morris Day and Andre Anderson.

In 1976, producer Chris Moon helped Prince create a demo tape. The tape found its way into the hands of Owen Husney and with his help, Prince signed a contract with Warner Bros. in 1978. His first album, For You, was released in 1978, and he supposedly played all 26 instruments on the album, but the album only had modest sales. The following year his second album, Prince, was released and it eventually went platinum and reached #4 on the Billboard Top R&B/Black Albums charts and #22 on the Billboard 200. In 1980, he released Dirty Mind, which was met with some controversy. This album was forced to include parental advisory stickers on the covers of the labels due to the album being full of sexually explicit songs. He released two more albums between 1981-1982, and was able to find international success with 1999. It was the 1984 album, Purple Rain, which propelled him to stardom. This is when his iconic look came about: the trademark curls, flowing jackets, and ruffled attire with punk embellishments. He also made his first film appearance this year in a rock musical drama called “Purple Rain.” 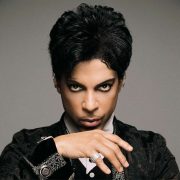 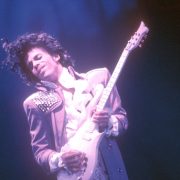 In 1993, Prince made a bold move and changed his name to the symbol which was referred to as the love symbol. His fans began referring to him as, “The Artist Formerly Known as Prince.” He used the symbol until 2000, when he decided to continue being known as just Prince. In 2007, he performed in front of his biggest audience ever at Super Bowl XLI halftime show. This is still regarded today as the greatest halftime show ever performed.

The 2000’s were great years for Prince. He received a Lifetime Achievement award from BET awards, was featured in Time magazine’s “100 Most Influential People in the World”, and dropped three more albums between 2007-2010. He continued to stand up for his beliefs and taking political stands for things such as Dance Rally 4 Peace at Paisley Park to pay tribute to Freddie Gray. In April of 2017, Prince fell ill with influenza and was found dead in his home several weeks after being diagnosed due to an overdose of fentanyl. His death rocked the world considering he had such a huge impact on so many musicians.