Earlier this month, I traveled to Nashville for the NAMM (National Association of Music Merchants) Summer Conference. While there, I had the awesome opportunity to visit the Ryman Auditorium. The Ryman Auditorium is the original Grand Ole Opry. What an experience of great music and history. 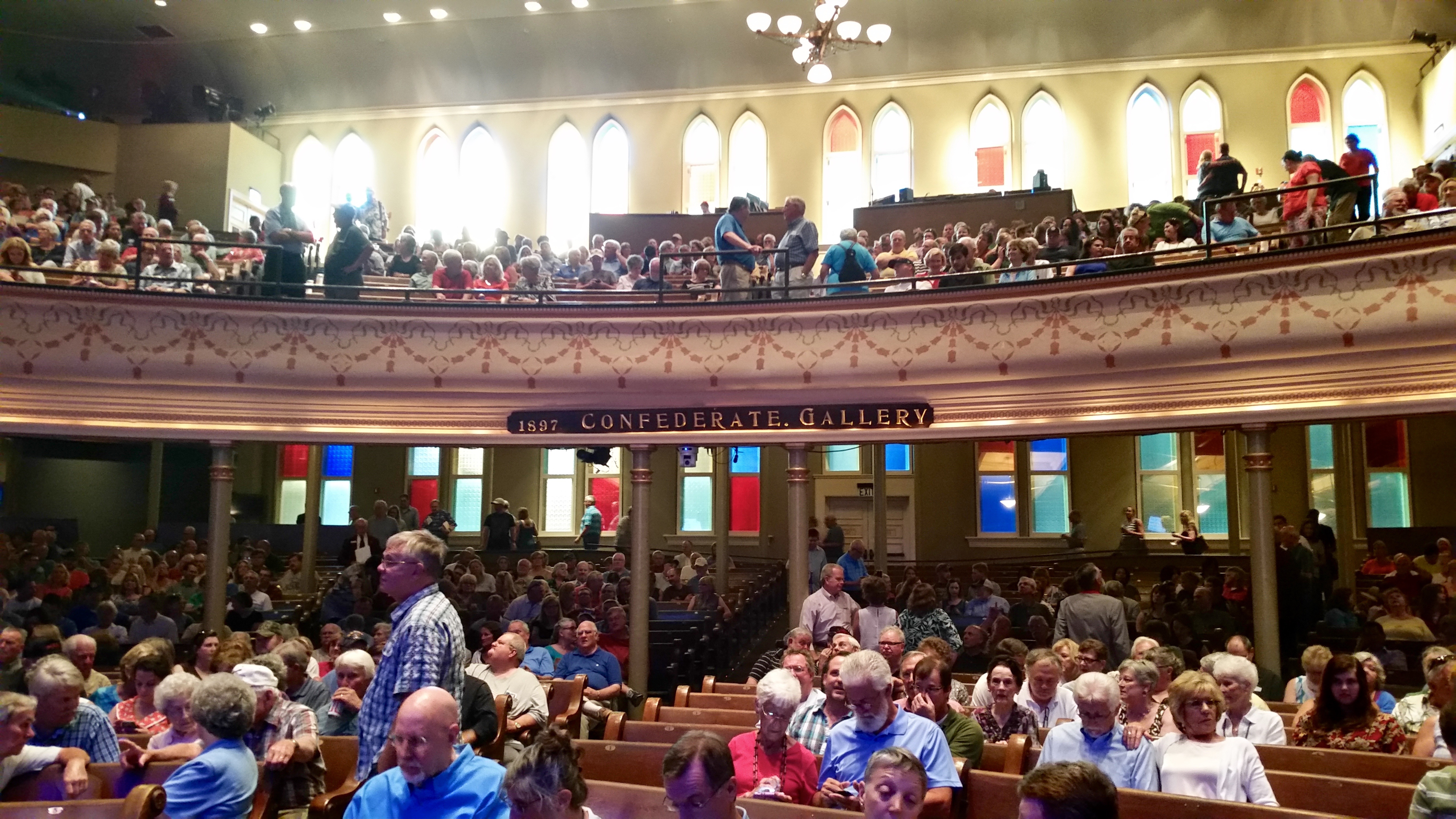 The Ryman Auditorium is located right in the middle of Nashville, where you can get great barbeque and great music in every 20 steps or so. If you have never been to the Ryman, it is an experience. You might never guess that this building is an amazing concert hall, because it is a repurposed church built in 1892 as The Union Gospel Tabernacle. It seats 6000 after the Confederate Gallery balcony was completed in 1897 for the Confederate Veterans Association. Every seat in the Ryman is still an original pew installed by The Indiana Church Finishing Company. So if you are going to a concert, you may want to take something soft to sit on or purchase a Ryman seat cushion on your way in.

The Ryman has had many speakers, such as Teddy Rossevelt, Helen Keller, and Charlie Chapman. Harry Houdini and Will Rogers have also performed at the Ryman. The Grand Ole Opry officially moved to the Ryman in 1943. 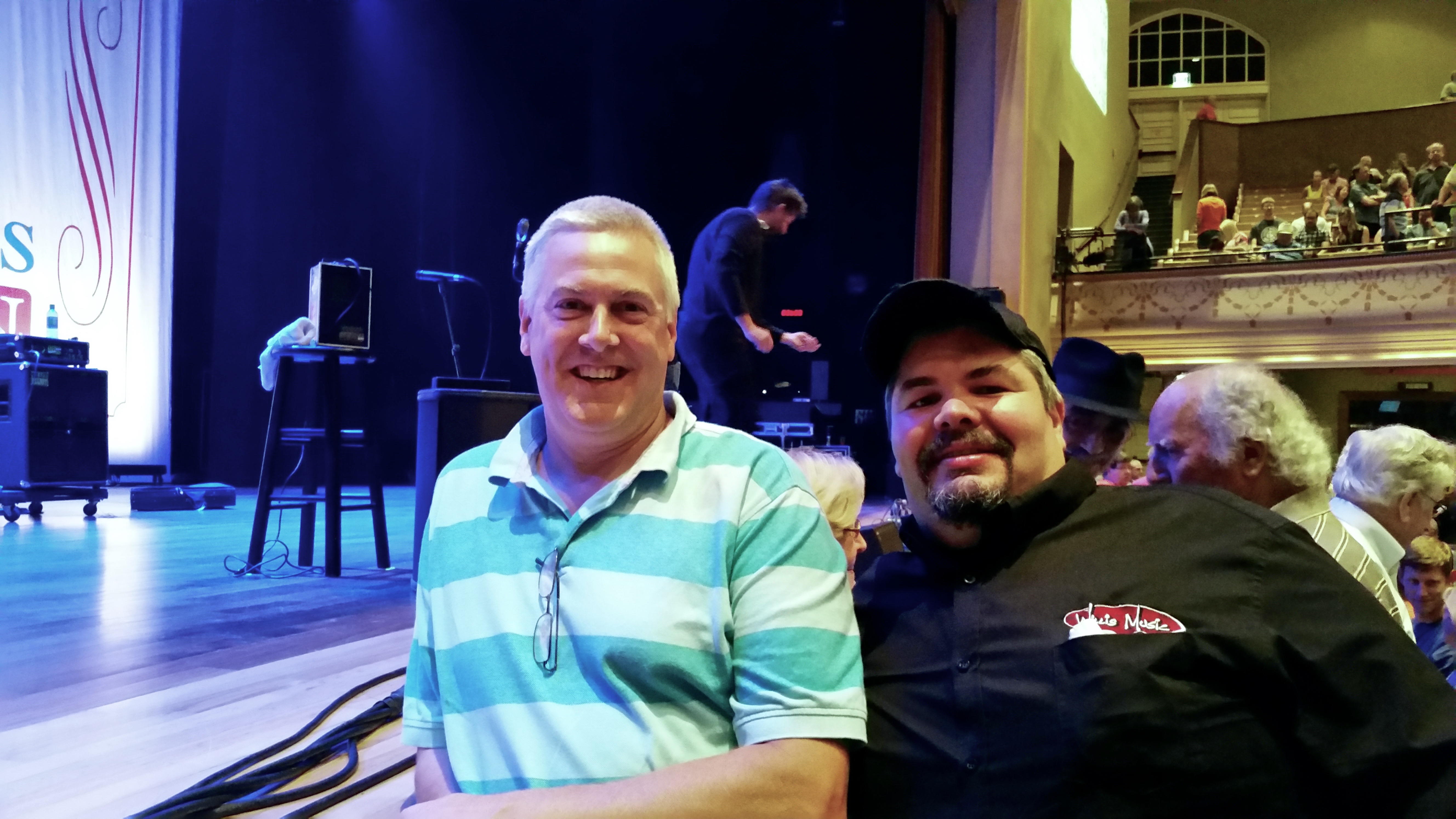 The concert I attended was Hot Rize and the Gibson Brothers. I have to say after walking in I was like a child in a daze on Christmas morning, because I knew I was going to see and feel something special. It was almost like sensory overload. The Gibson Brothers performed first and when the sound came on it was like, WOW. The sound was so smooth and clear. I could here every note of every instrument as clear as sitting in my living room. I know The Gibson Brothers are a great traditional Bluegrass band but there is something magical about the sound in the Ryman. It’s almost like it has a soul of its own. 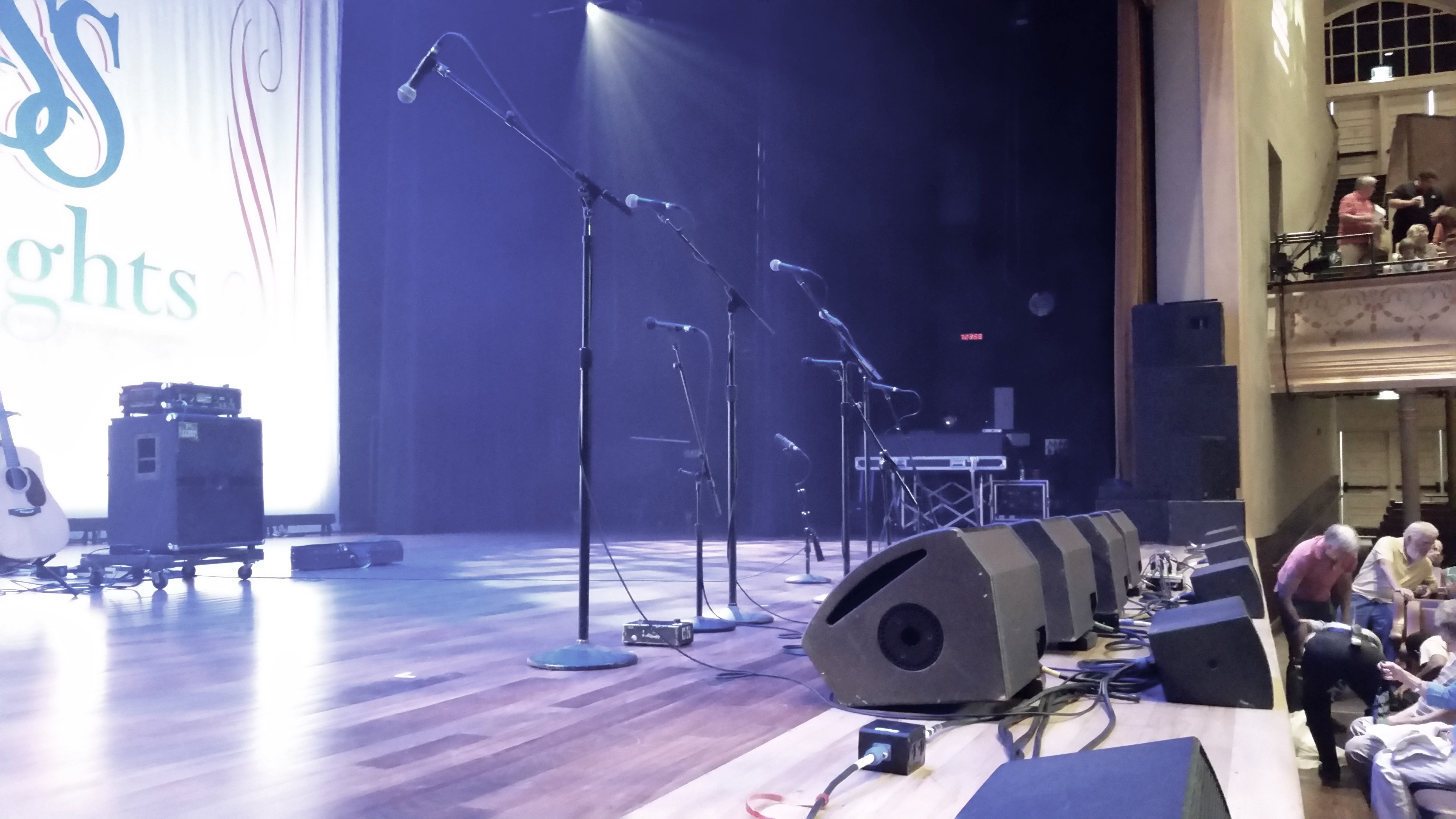 During intermission I got up and walked around and found my way up to the stage and looked around at the sound equipment (Kind of geeky that way) and when I turned around and looked back at the pews I couldn’t imagine what the artist emotions were like because of how I felt as an audience member.

The other great thing about the Ryman is everyone in the audience is happy and just as overwhelmed as you are. I met an awesome man from Canada that wore an American Flag bandanna on his belt loop. This was his second time to the Ryman this year. He had to come back and bring his son because of the first experience he had with his wife. If that doesn’t explain the magic, what does? 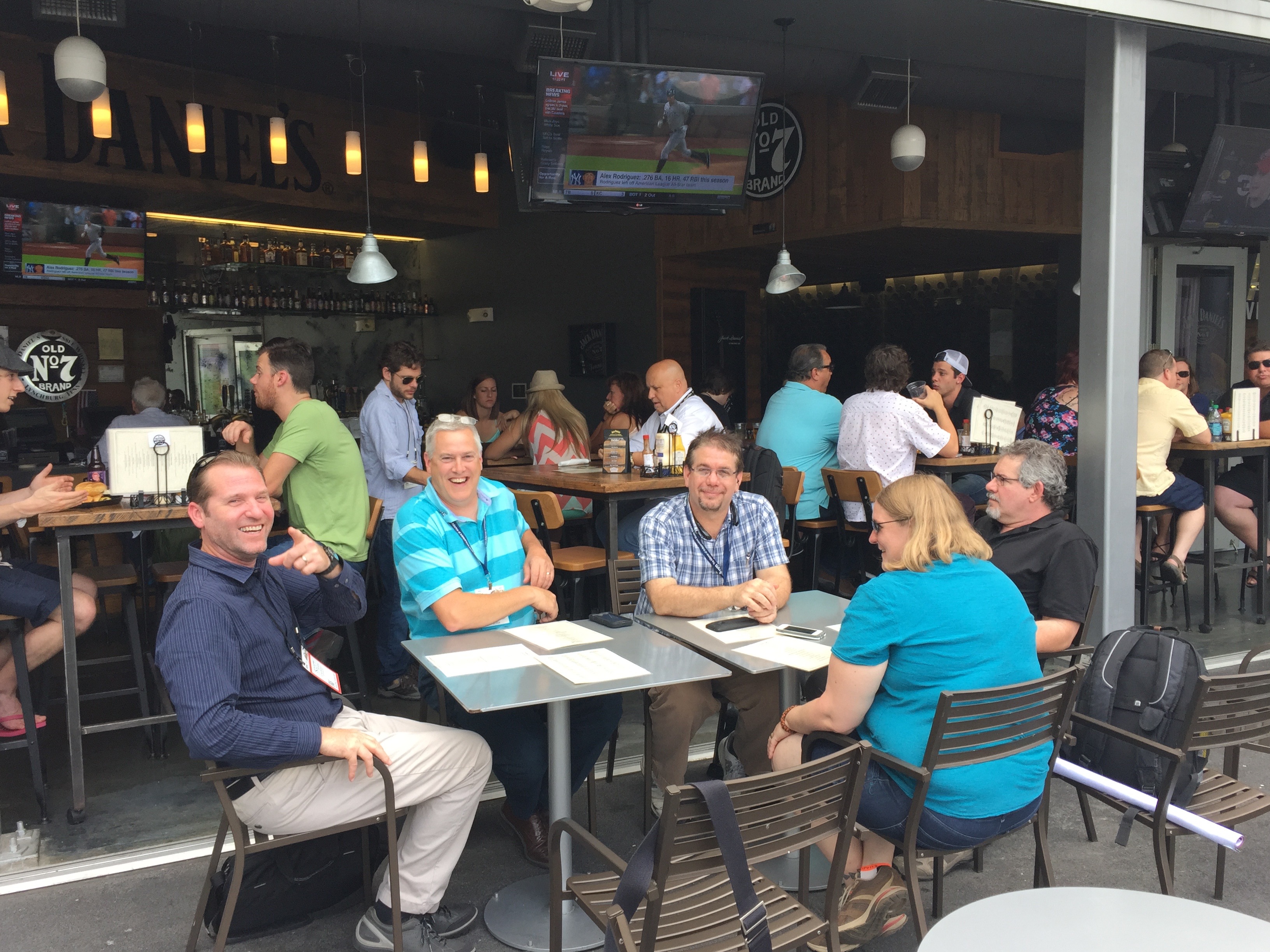 Hot Rize was the second band that played. They also had a great sound and are great musicians. They are not a traditional Bluegrass Band, but nonetheless unbelievable and a joy to listen to and watch.

What I noticed from both bands was they were so honored to play in the same place their role models had played. They were just as taken in by the nostalgia as I was, which drew me in to be part of the show rather than just an audience member watching a show. I think the music could have been less than amazing and I still would have had an unbelievable time. 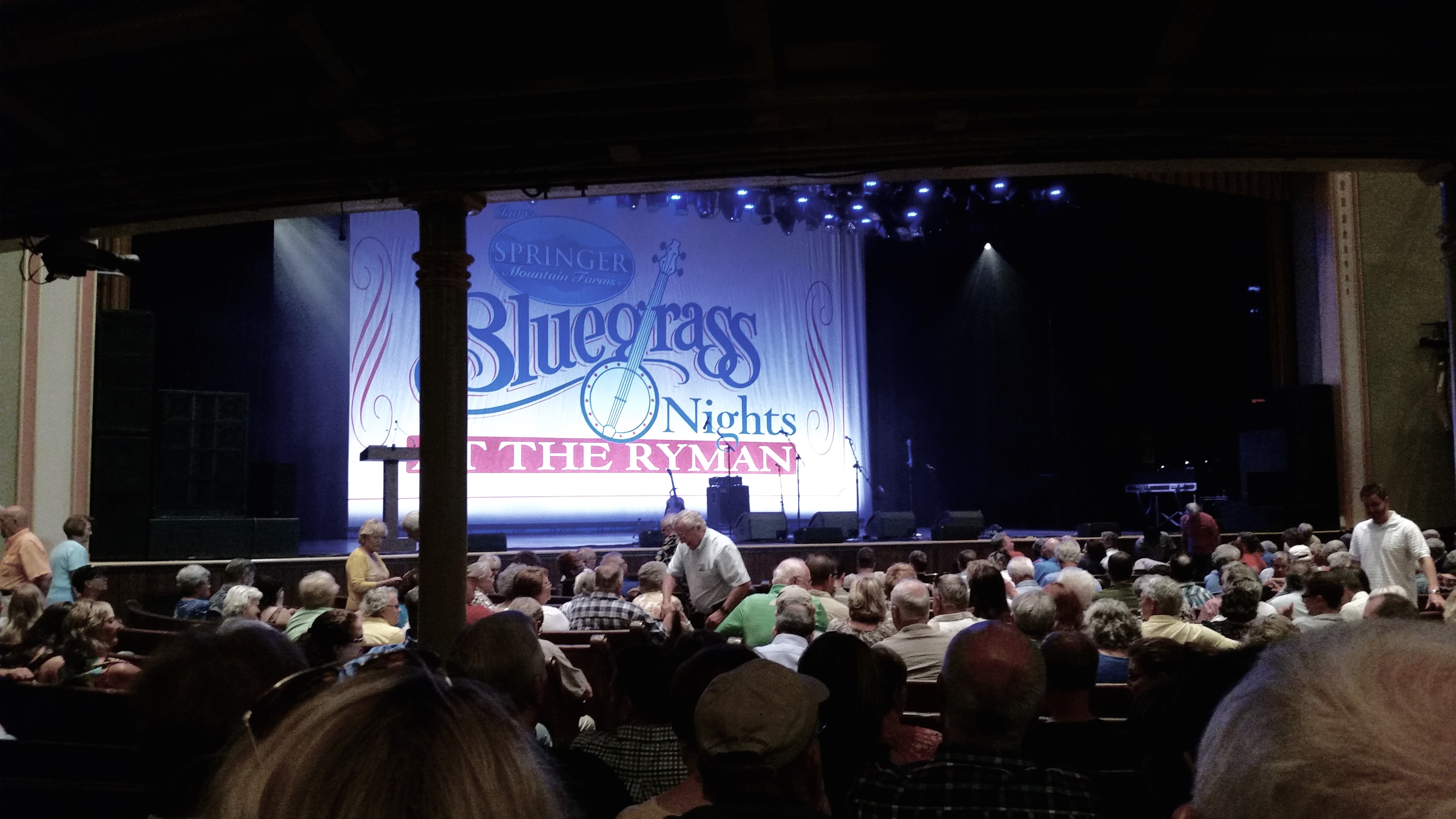 If you have a chance to go to Nashville, make The Ryman Auditorium a must stop. Take in a little music history and feel the power. Words of telling someone can not explain the feeling.

Show us the “selfies”
Scroll to top