The month of February is Black History Month. All month long we will be celebrating African-American musicians from the last 100+ years! Today we are highlighting Scott Joplin!

Scott Joplin also known as the “King of Ragtime” was born in 1860, and took up piano as a child. His family moved to Texarkana in 1880, where he took lessons with local teachers who helped him develop his knowledge of music. Here he formed a vocal quartet and he also taught mandolin and guitar.  As a teenager he was a traveling musician. He visited the world fair in 1893. In 1894, Joplin moved to Sedalia, Missouri where he made a living as a piano teacher and taught future ragtime composers like Scott Hayden and Brun Campbell. He attended George R. Smith College for Negroes in 1895. It was here he published his first piano rag “Original Rag” but he was forced to share credit with another composer. This caused him to work with a lawyer to make sure he received one cent royalty for every copy of his next composition that was sold, which was in 1899.  This is when he got his big break with his composition “Maple Leaf Rag”. He formed a partnership with John Stark to push the tune. It got a slow start but eventually became the biggest ragtime tune of all time and sold more than a million copies. As the ragtime style was taking the country by storm Joplin continued to compose ragtime works and was highly regarded for his artistry. Some of Joplin’s published compositions over the years included “The Entertainer,” “Peacherine Rag,” “Cleopha,” “The Chrysanthemum,” “The Ragtime Dance,” “Heliotrope Bouquet,” “Solace” and “Euphonic Sounds.” Joplin was so passionate about ragtime that he wrote the School of Ragtime: Six Exercises for Piano for students which was a breakdown of the ragtime form. This was in response to comments white critics made about Ragtime. Not only was Joplin successful in publishing compositions for Ragtime but he also published the ballet Ragtime Dance in 1902, and created his first opera, A Guest of Honor, for a Midwestern tour in 1903. Joplin’s health started to decline and he died in 1917, but not before he left his mark on the world of Ragtime. 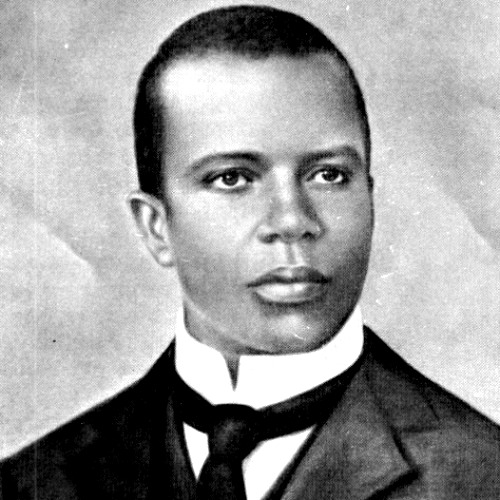 Maple Leaf Rag is one of Scott Joplin’s most popular pieces! Check out the video below to hear.