You are here: Home1 / strat 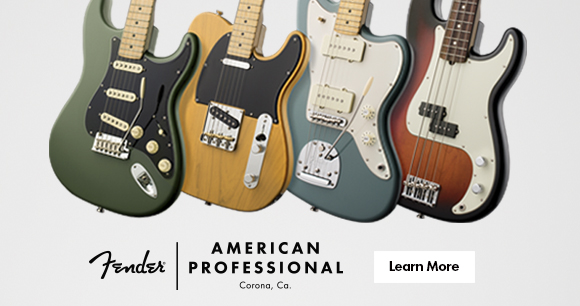 The new Fender American Professional Series is here! We’ve got them in stock at our Florence store and coming soon to our other locations.  WELCOME TO THE NEXT CHAPTER!

Simply put, pickups are the heart and soul of an electric instrument’s voice. The American Professional series features our newest pickup offering: V-Mod single-coil pickups. Updated versions of our classic designs, modified for modern performance, V-Mod pickups are packed with authentic Fender tone. V-Mod pickups, and the newly redesigned ShawBucker™ humbucking pickups are voiced specifically for each position, bringing out the nuances of your playing. 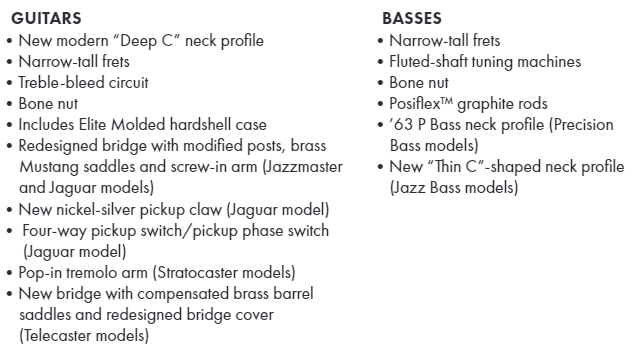 Check out the videos below and stop in and check them out!

Saw this video this morning and thought you’d enjoy it!  Thanks to the fine folks at bloomberg.com.  It guides you through the Fender factory and shows how Fender makes some of the finest, most desirable, American made guitars.  All available here at Moeller of Willis Music West Chester or online here!

Saw this video this morning and thought you’d enjoy it!  Thanks to the fine folks at bloomberg.com.  It guides you through the Fender factory and shows how Fender makes some of the finest, most desirable, American made guitars.  All available here at Moeller of Willis Music West Chester or online here!

Also Known As: The First Masterpiece

Quick Facts:
– The Gibson L-5 is the first modern orchestra guitar, the first f-hole archtop guitar, and the first guitar with a 14-fret neck to the body that had an adjustable truss rod.

– It was originally offered as an acoustic instrument, with electric models made available in the 1950s, and was considered the premier rhythm guitar in the big band era.

– Maybelle Carter’s L-5 is now kept at the Country Music Hall of Fame in Nashville, Tennessee.

Also Known As: The Flagship of the Martin line, The Pearl

Quick Facts:
– From the fretboard markers to the trim, D-45s glitter with abalone, a shellfish whose mother-of-pearl interior gives us the name “pearl.”

– Gene Autry originally contacted Martin and requested a custom guitar with 12 frets and style 45 trim. He also requested his name be on it, but Martin refused.

Also Known As: The Most Important Electric Guitar Ever Made

Quick Facts:
– The Model-T of guitars, the stripped-down, easy-to-play solid-body Fender Broadcaster electric guitar was the first guitar of its kind to be produced on a substantial scale.

– The name was changed from Broadcaster to Telecaster in the late 1950s to avoid a possible trademark conflict with Gretsch.

Also Known As: The Legend

Quick Facts:
– From mid-1957 until 1962, Les Paul humbuckers were stickered “Patent Applied For” and some players (and collectors) believe that have an almost mystical quality.

– The body is mahogany with a maple “cap.” The wood is bookmatched to create symmetrical patterns under the finish, giving the magical sunburst effect.

– The significance of Les Paul’s contributions to his Gibson guitar design remains controversial. The book “50 Years of the Gibson Les Paul” limits Paul’s contributions to two: advice on the trapeze tailpiece, and a preference for color (stating that Paul preferred gold as “it looks expensive”, and a second choice of black because “it makes your fingers appear to move faster on the box”, and “looks classy—like a tuxedo”).

Also Known As: The Standard

Quick Facts:
– The Stratocaster is the most played, most popular, and most copied electric guitar ever.

– The perfect six-on-a-side peghead was designed in response to the minimal Telecaster style. Everything is new: two cutaways, the beveled body, an unheard-of three pickups with selector switch, adjustable bridge for each string, protected output jack, and angled lead pickup for better treble response.

– The vibrato unit, or “whammy bar,” was so revolutionary that it took a decade, when Jimi Hendrix came along, to be fully explored.

Also Known As: The Modernistic

Quick Facts:
– The original Flying V was made of korina, a trade name for African limba wood.

– The prototype of the Flying V has a black pickguard and input plate, but most original models had white trim.

– Gibson shipped only 98 Flying Vs in the 1950s, making original models very rare and collectible. Flying V reissues started showing up in 1967.

– Dealers originally took the guitars off the floor, where they weren’t selling, and hung them in the window to attract attention. Sales caught on a decade later, and eventually the design became recognized as a classic.

Also Known As: The Stradivarius of the Electric Guitar

Quick Facts:
– The famous bird markers, used on higher-end models, are inspired by a guidebook belonging to Paul Reed Smith’s mother, a bird-watcher.

– Beautiful, popping wood grain is a PRS signature. The first wood Smith used was curly maple from the drawer-fronts of a friend’s dresser.

– Carlos Santana, the person for whom the guitar was made, was so impressed with the guitar that he called it “an act of God.”

Join us Thursday at Willis Music Tri County Mall in Cincinnati, June 6th for the best Fender sale you will EVER be a part of!!

From 3:00-8, we will have our best prices on all things Fender & Squier.  After you have saved extra with Willis, you step over and see a Fender Representative who will then hand you back ANOTHER 10% in cold hard cash!!

Online and competitor pricing will be humiliated that day!

Come on in, OR call to schedule an appointment with your favorite Willis employee!  We WILL be busy this day- if you would like to come early to Lay-A-Way something until Thursday, we will allow this…but it MUST be paid in full Thursday!  See something you like but we have sold out?  Special orders this day will ALSO be counted for the cash back!

Thats right, from now until the end of the month, we are having our Electric Guitar Extravaganza! All electrics on sale, and anything that has to do with an electric is on sale! We love guitars as much as you do, and now is the best time to buy so you can finally enjoy this great weather sitting on the porch with friends and jamming!!

Stop by and talk to your favorite sales friend today!