Blog - Latest News
You are here: Home1 / Band & Orchestra2 / Throw Another Book on the Barbie

One of the most interesting trips my wife and I have been on was to Australia, although it was too short. If you schedule a trip, plan for at least a 2 week adventure. It was 3 years ago and we learned so much about the country even though we were there for only 6 days. I had the honor of speaking to 3 groups of music retailers and manufacturers in Melbourne, Sydney and Brisbane. We even had the opportunity to be close enough to pet some kangaroos. One of the highlights of our visit was a hike on top of the Sydney Harbor Bridge. You can see the hikers on the right side of the bridge dressed in blue from one of the lookouts. And of course, what would a visit to Sydney be without a tour of the famous Sydney Opera House. 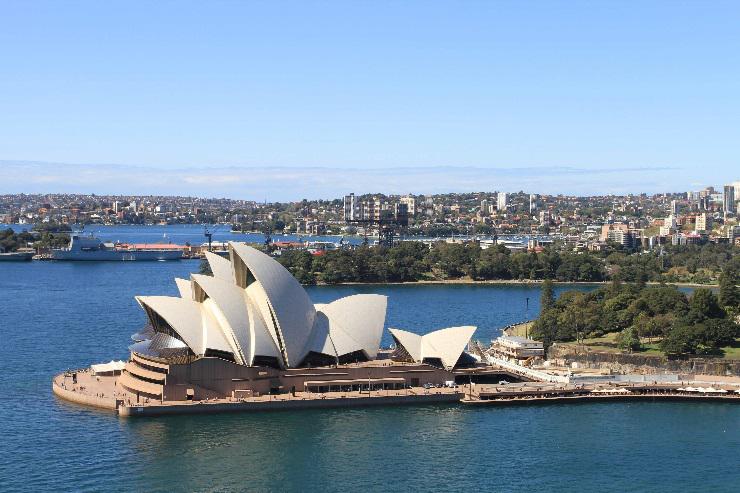 As many of you know, Willis Music publications are used and produced all over the world. One of my projects this year was to secure the future of Willis Publications in Australia and New Zealand for years to come. One of the great models I inherited from my father was to find a very capable partner in other countries and let them market for the company. The reason I mention this is that being a smaller company there is no way I can effectively learn the intricacies of each market and sell our product efficiently or effectively without the help of that capable partner. This year I had the difficult decision on deciding which company would represent Willis for the next few years. I’m pleased to say that Hal Leonard Australia will accept that responsibility and I’m very excited. We have always been represented in these important markets very effectively and I believe Hal Leonard is the right choice to carry on. As in other parts of the world, the Willis piano methods are the bestselling methods in their market – names like John Thompson, Edna Mae Burnam and many others. Hal Leonard also represents Willis in North and South America and many other parts of the world and I look forward to using that collaboration to fully serve the Australian/NZ market.

Music Sales Corporation has represented Willis for many years in the European Union and recently they have been extremely active in developing new products and translations. The bestselling piano method book in Europe has for years been the Easiest Piano Course by John Thompson. It is printed in many languages and just this summer Italy is getting their own translation.

One of the most interesting aspects between books in America and Europe is the different notation. Music is the universal language yet in Europe they have different names for some common notations.

Here are a few that you might find interesting:

Need Something To Do This Fall?…
Scroll to top