From the second my plane touched down at Ronald Reagan Airport in Washington, DC, it was a whirlwind of activity. The National Retail Federation sponsored the trip and I was honored to be one of 51 Retailers from around the country to receive the distinction of America’s Retail Champions 2015. My focus was with a group from Kentucky who I worked with on the Retail Across America Project. 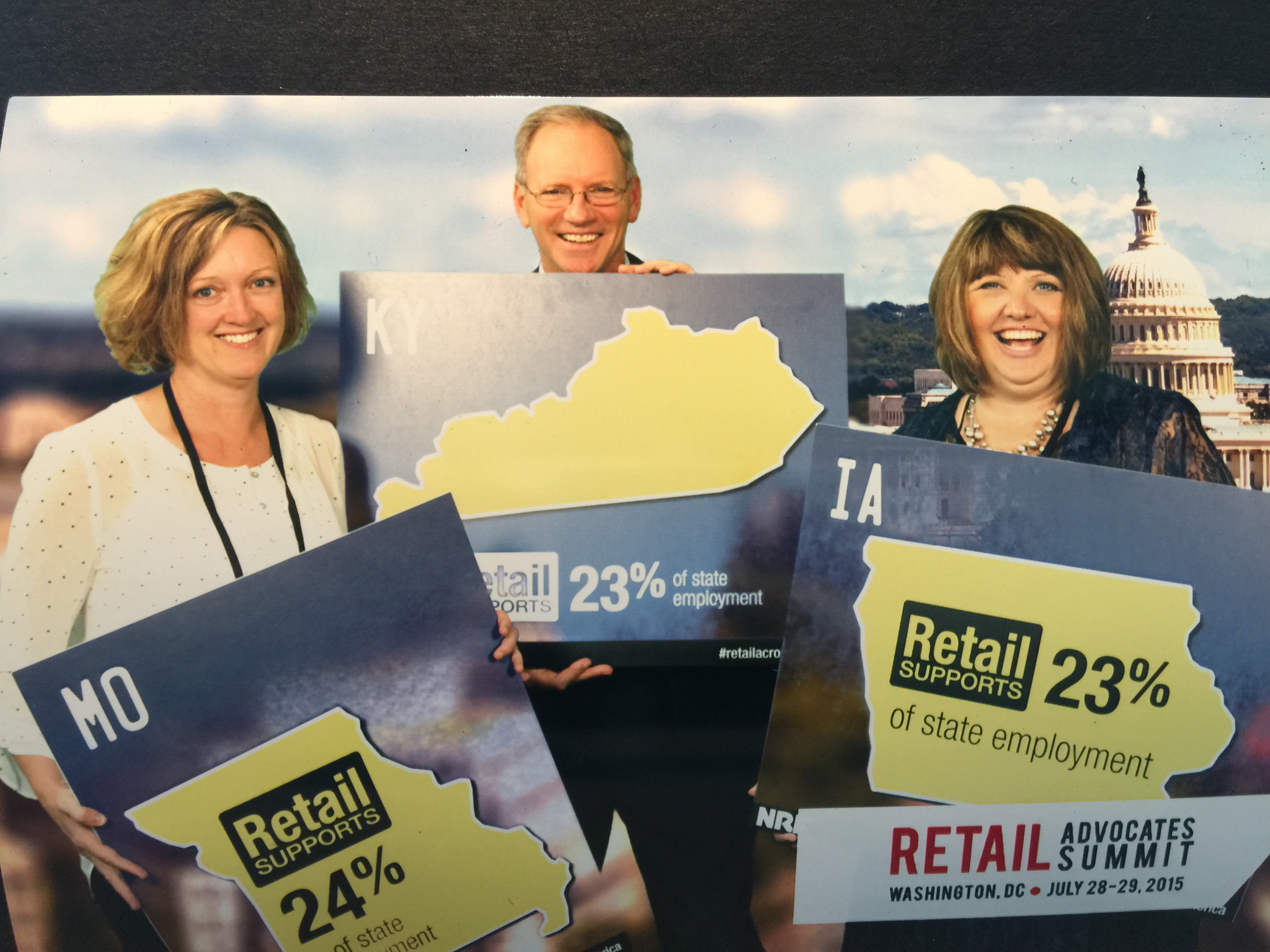 I arrived on Monday evening, July 27th, and Tuesday morning we began a day of education. We began with a talk presented by Ohio Representative Steve Chabot. I have met with the Congressman in the past and have always found him to be receptive to small business concerns. Throughout the day we learned some interesting facts such as:

After all the education, we headed to dinner at the Newseum which is a museum dedicated to news and headlines over the years. When you visit Washington, DC, I would recommend a trip to the Newseum.  Just be aware that it’s one of the few attractions that require payment for admission.

Wednesday was the reason we were all there and we anxiously approached the Hill with visits to a variety of offices. We spoke about concerns we have as retailers and spoke directly to our representatives. Since I was there with a group of Kentucky retailers we focused on the southern side of the river. I appreciated the active participation each member of Congress and their openness in sharing. I will follow up with each of them and continue the dialogue about our industry.

Although I have done similar trips with NAMM over the past 10 years, this was my first time with the National Retail Federation. The NRF had a tremendous program and I want to thank them for their outstanding hospitality.

Now for the fun part – when your state holds the office of majority leader and you have a meeting with him you are escorted into the Capitol and into some pretty famous offices. While we were waiting, the receptionist told me that we were in the very room where Thomas Jefferson was sworn in. She also added that the floor was new because of the fire set by the British in 1814. I have to admit just sitting there looking around and realizing someone like Thomas Jefferson stood there and was sworn in as our 3rd President was pretty amazing.

Regardless of your political feelings or party affiliations, I encourage you to visit our nation’s capital if you have a chance and take a walk back in time. 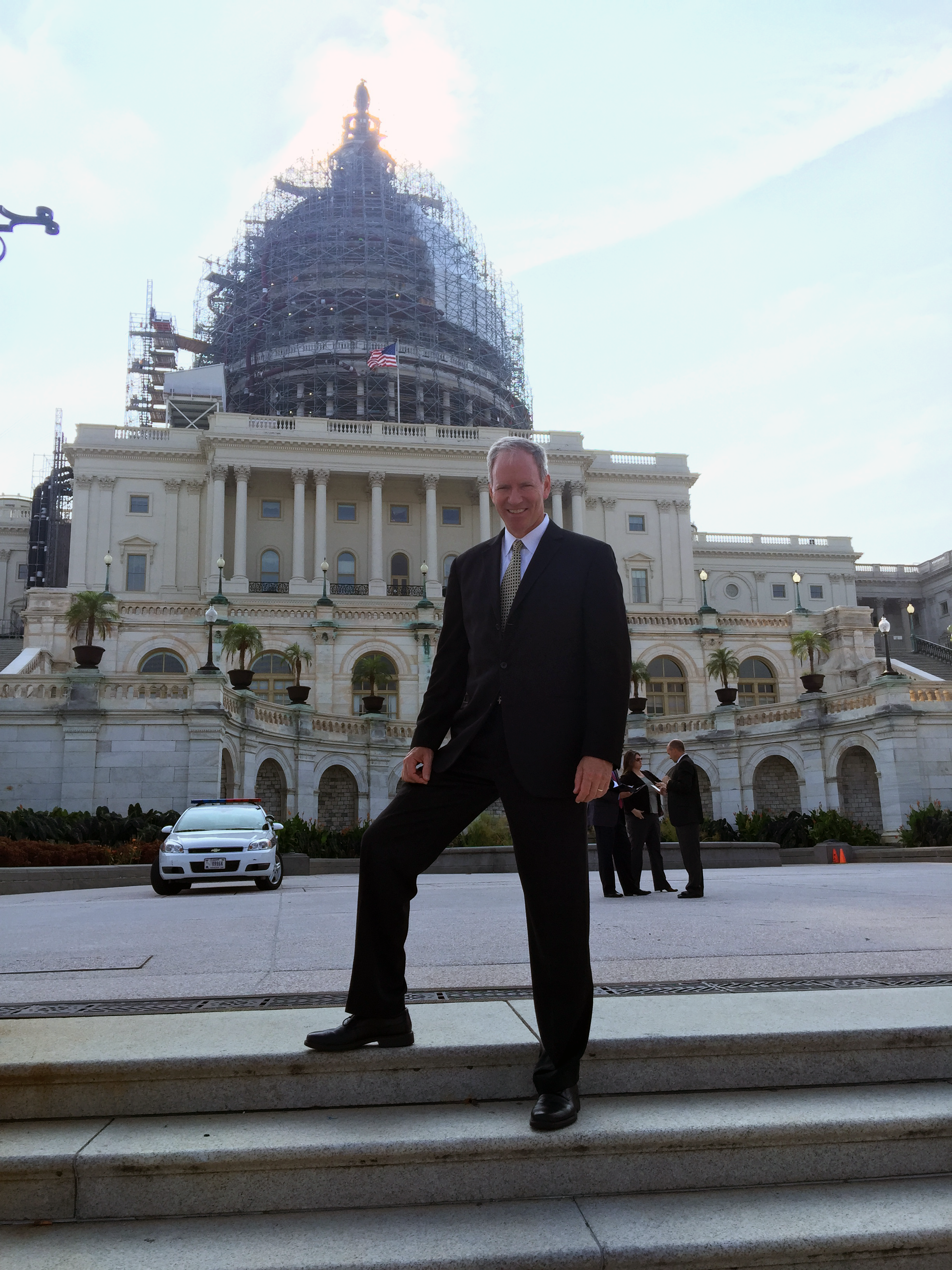 Show us the “selfies”