It might be April Fool’s Day, but it’s not joke that this year makes our 116th birthday! Yea we know… we are old. Here is what was happening in the U.S. when Charles H. Willis founded Willis Music at 41 East 4th Street in downtown Cincinnati 116 years ago: William McKinley was president

(Look at that scowl… It’s so handsome!)

There were only 45 states in the U.S. 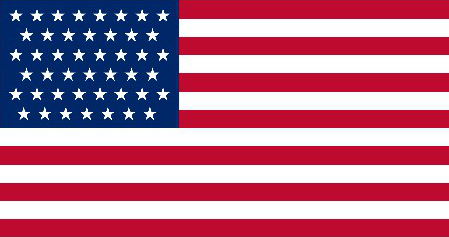 Our flag was short a few stars back then.

The Cincinnati Reds finished their season 85-67 (we hope they do better this year!).

A few things that happened on this day in history around the world other than the most wonderful music store opening:

(Poor kids… That doesn’t look like fun at all!)

As you can see, we share a birthday with some pretty cool events that have happened in history.

If you think those were cool, check out some of the things a little closer to home… We did say we are pretty old.

Willis Music is older than:

(We fibbed a little, King Kong has never been on the Empire State Building… but how terrifying would that be?!)

Wow! How incredible is that!? We have had our doors open through a lot of cool events in history. Thank you for shopping local with Willis Music and giving us 116 great years! We look forward to spending many more with you and seeing a lot more cool stuff happen.

Click here to read about the history of Willis Music.